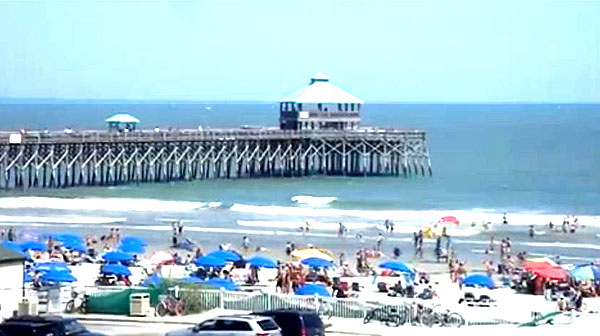 While some say it traces its name to an old English term for dense vegetation and others point to an equally old French term meaning delight, there’s no doubt that Folly Island – usually just referred to as Folly Beach for the town that encompasses virtually the entire island – is both lush and appealing. But judging by another name it was once known by, you’d certainly think neither was the case. 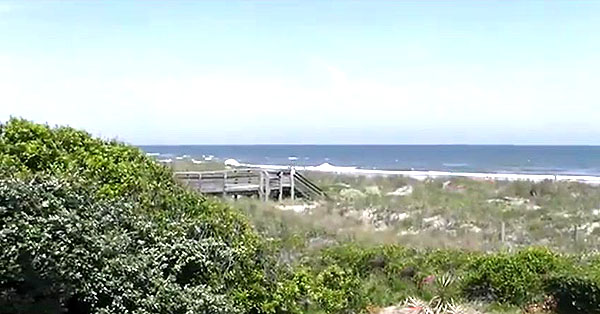 Once commonly referred to as Coffin Island, even appearing that way on some maps of the time, Folly Island was one of several barrier islands on which ships were required to deposit sick passengers before moving into Charleston Harbor, thereby reducing the risk of disease epidemics there. On their trip out of the harbor, ships would stop and pick up those passengers that were still alive and bury those that weren’t.

Being the closest beach to the heart of Charleston (just 10 miles away), it was only natural that Folly Beach would ultimately develop into a playground instead of a cemetery. Known by Charlestonians as “the edge of America,” the island was already a popular vacation destination when noted American composer George Gershwin and author DuBose Heyward came there in 1934 to work on the acclaimed Porgy and Bess folk opera. The island continues to be a popular vacation destination and offers a wide variety of housing for those looking to make the Carolina coast their home. 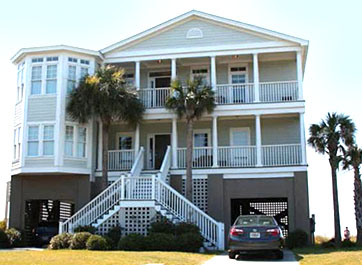 Homes, townhomes, condos and villas can be found along the island’s six miles of beaches as well as miles of miles of river and Intracoastal Waterway frontage, marshes and tidal creeks. A favorite destination for returning vacationers year after year, the island offers some of the state’s best values in coastal property and is typically a hot Charleston real estate market for those looking to invest in a vacation rental.

One of the East Coast’s more popular surfing spots, Folly Beach offers a laid back vibe with a classic beach community’s “downtown” and a wide variety of recreational opportunities. For fishermen there’s the Taylor Fishing Pier, one of the longest on the coast, as well as numerous charter fishing companies. The island also offers excellent bird watching, canoeing, beachcombing, shrimping and bike riding. Be sure to check out the Morris Island Lighthouse, which dates to 1693, as well as numerous Revolutionary War and Civil War sites. 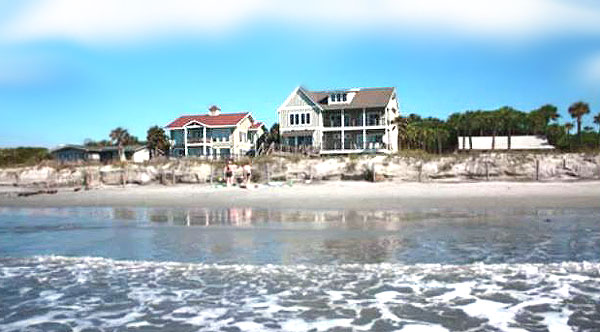 Folly Beach is one of the finest places to live or vacation in the Charleston area. If you're wanting to see more, call us! We'll be happy to take you on a tour!

Welcome to luxury island life at 402 East Huron on Folly Beach. An amazing opportunity to purchase an exclusive property in a secluded location yet close to the beach a...

Great little cottage located at the desirable west side on Folly Beach and a very short distance to the beach and Center Street. The layout is open and spacious with a ki...

DOUBLE OCEANFRONT LOT. (2 TMS #'s for 1 home). Build your Dream Home or a Nice Cash-Flowing Vacation Rental. This property is one of the few double oceanfront lots that...

Excellent opportunity to develop a vacant lot across from the BEACH. Potential uses include a 9-room INN with grocery underneath (attached view & site plan) OR 2 residenc...