While Wadmalaw Island isn’t everyone’s cup of tea, it does produce the cups of tea served at the White House. Indeed tea from America’s only working tea plantation, the Charleston Tea Plantation, has been the official tea of the White House since 1987. Considered by many to be the Charleston’s least spoiled and most protected island, Wadmalaw is certainly distinguished by more than just tea alone.

Located to the southwest of Johns Island and separated from it by Bohicket Creek, the island is bordered to the south by the North Edisto River and from the mainland by Church Creek. First visited by European settlers in 1666, the island has a rich agricultural heritage stretching from plantations where cotton and rice were once grown to the island’s present day family and commercial farms which produce tomatoes, vegetables and fruits.

The island has also served as a playground for wealthy farmers and their families to hunt, fish and relax. Since 1890, the small Wadmalaw Island town of Rockville has also been home to the annual Rockville Regatta for sailboat enthusiasts. 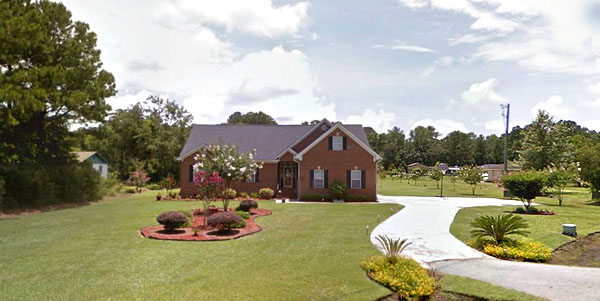 Newer homes on the island often have oversized lots, and are built with some of the state’s strictest environmental guidelines to ensure homes and a lifestyle that work in partnership with Mother Nature and take full advantage of the rivers, marshes and creeks that crisscross the landscape.

Home prices on the island range from as low as $50,000 to more than $3.5 million with vacant lots ranging from $30,000 to $1 million. The island features an abundance of wildlife with excellent opportunities for bird watching, fishing, crabbing, boating, kayaking, horseback riding, bicycling and more. If you like country living, you'll feel like it everywhere on Wadmalaw Island.

As for the island’s tea industry, it traces its origins back to 1960 when The Lipton Tea Company bought land there for its experimental tea plants. In 1987, Lipton sold the plantation and since then The Charleston Tea Plantation has been producing tea there. For more information about this beautiful island, call or contact us today.

This charming red cottage sits serenely among the grand oaks and spanish moss of Wadmalaw Island peacefully waiting for its new owner! Quiet country living at its finest ...

Ready For Island Living? Here is your chance! This 3 bedroom, 2 bath home is nicely situated on 1 acre in the heart Wadmalaw Island. The home is a blank slate and ready f...

This picture-perfect house is nestled one acre in a quiet neighborhood, giving new meaning to the phrase ''there's no place like home'' with a second-story porch perfect ...

Beautiful 17.5-acre property in Martins Point ideal for the equestrian, hobby farmer or family looking to create that country estate. Two septic permits in hand and no cl...